Impersonal – that’s how I would describe most of the distilleries in the world.  However, the opposite is true for the approximately 115 distilleries located in Scotland today. Do other regions and countries have long and just as distinguished history in producing distilled spirits? – Yes; but I feel that for the romance and the mythology, there are none like the Scotch whisky distilleries.

Rugged, rustic, and remote outposts describe most of Scotland’s distilleries in operation today, not one alike and all unique. Scotland’s unique, complicated eco-system produces exceptional, tradition-rich whiskies. Due to this environment, Scotch whisky is the most diverse spirit in the world.

Since the mid-1800’s, the debate among whisky drinkers has been which type of Scotch whisky is the complete spirit – single malts or blends? Single malts epitomize the distilleries signature as to what can be produced at a single distillery, while the blended whiskies style come from the vision of the Blending Houses.

To be classified as a single malt Scotch, these requirements must be met; distilled from 100% malted barley, a product of one distillery, produced exclusively in Scotland, aged a minimum of 3 years in oak barrels, and placed into the bottle at no less than 80 proof or 40 alcohol by volume. Single Malt Scotch has three basic ingredients; malted barley, water and yeast with the color coming from the oak during maturation.

Blended Scotch will come from whisky produced at many distilleries with the majority (average 60%) being distilled from various grains such as un-malted barley, maize, and wheat. The grain whisky in the blend must be aged a minimum of three years and aged to the label year, if the blend carries an age. The remainder of the blend will contain, on average, approximately 35 to 40 single malts.

Blended Scotch of higher quality and price will carry a higher concentration of single malts in the blend. Blends on the opposite end of the scale will carry more grain bringing the quality and price down. The blender wants their whisky to be consistent for their loyal consumers. For this reason, they strive to produce a whisky which has a distinguishable quality and characteristic.

Many Scotch whisky distilleries are located in the mountains or glens, near rivers, lochs, or along the coast. The four seasons and weather in the areas will affect the barley, fermentation, distillation, and maturation at the distillery. During maturation the oak barrels and casks “breathe” the local air simply because the barrels are watertight but not air tight. For example, whisky aged in warehouses by the sea will pick up definite maritime qualities, therefore affecting the finished whisky and giving it the signature from that specific region.

There are five steps to a finished product: malting, mashing, fermentation, distillation, and maturation.

The Scots in the whisky industry are highly dedicated to their heritage, passionate about quality and committed to excellence.  All of this magic is fused from three basic ingredients, time, place, and environment; and remember always remember Scotch whisky is the most diverse spirit in the world due to the unique environment and vast eco-system in which it’s formed “Slainte Mhath!” (pronounced Slan-Je-Va) – meaning “good health to yours” in Gaelic. 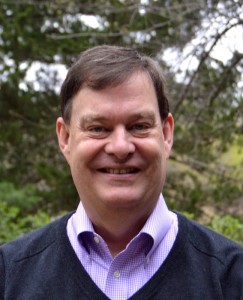 Russ Kempton, CSS is a Certified Specialist of Spirits. Russ holds a Certificate of Expertise in the Sales & Service of Scotch Whisky – Edinburgh Scotland – and is the owner and founder of Speaking of Grapes & Grains. Maximized Brand Marketing International is proud to represent Russ Kempton for speaking engagements, wine and spirits tastings, and other special events throughout the world. Call 469.362.1423 for more information.